At the recent MVP Summit in Redmond, Russ Fustino, Microsoft MVP developer Windows Platform, chats with Seth Juarez  of Microsoft’s Channel 9 about Microsoft App Studio, Windows 10 and cross platform development, as well as the OutSystems Platform and the MVP summit in general. Enjoy!

Where in the world is Russ Fustino? Here are the dates, locations and topics for this week in Florida! More dates to be published next week. This week includes Bradenton, Miami and Boca Raton! Hope to see you there!

Room 314 Dooley Memorial Building.  In the same building as the Cosford Cinema.

Topic:  Rock’in with Russ! How We Built the Jethro Tull App Using Xamarin Forms and Raygun

Special thanks go out to a great group! The Mobile Application Developer Tampa group was a packed house and the crowd was very engaged with a ton of questions. Please find the links with all of the answers! 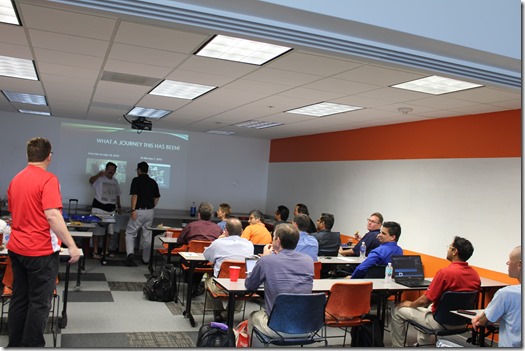 The second session I did was on “Improving Your App Quality”  and the recap for that session including PowerPoint and sample code will be posted soon on the http://raygun.io  site. As promised, here are all of the resource links for the Tull session: 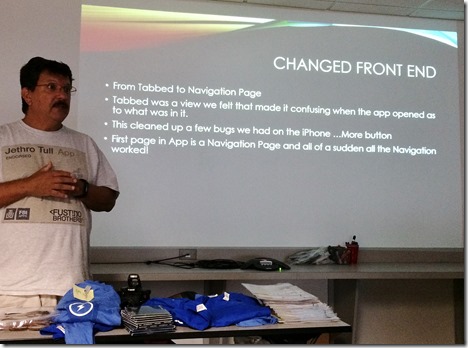 •What is a Xamarin plugin?

•How to create a plugin?

PS. You need 10 inch screen shots for submitting apps, and there are no emulators of that size that I could find.

• For the Build/iOS Bundle Signing set “Identity: Developer (Automatic)” and “Provisioning Profile: Automatic”. Was getting error – can’t find in keychain

http://components.xamarin.com/view/xamarin.inappbilling  (Which has a sample app) 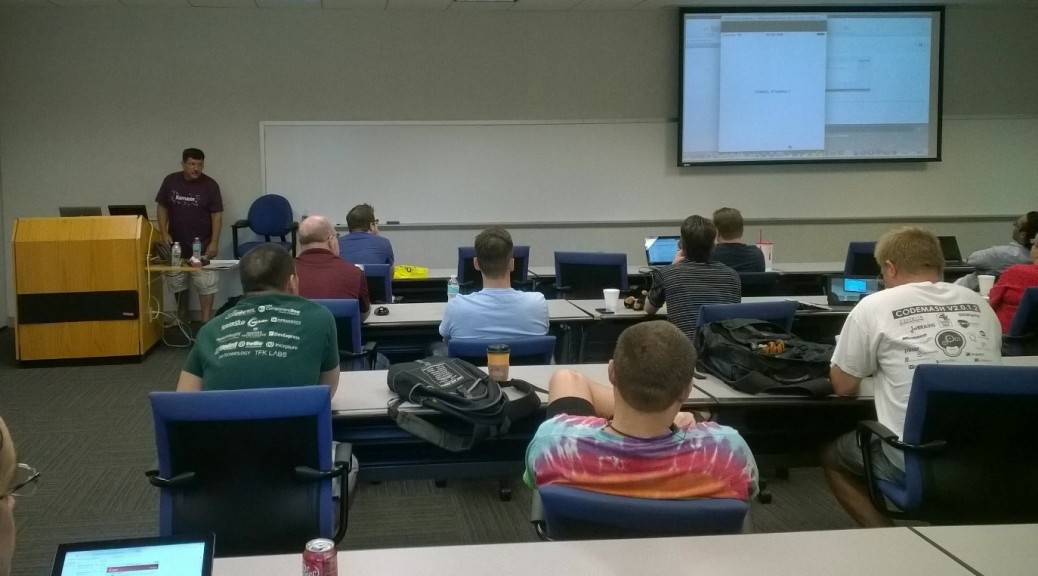 I had the great pleasure presenting Xamarin Forms at the recent Tampa Code Camp. This event was resurrected from a one year hiatus and a welcome site to the Tampa Developer Community. Many are looking forward to a bigger and better code camp as part of a very engaged developer community here in Tampa next year.

Personally, this was a huge moment in the next chapter of my career as well. I delivered my first Xamarin Session, concluding with three weeks of intense training and setup. It was a culture shock, of sorts, for me to present on a Mac and I joked about it that it was more of a challenge for me to learn a Mac than learn Xamarin! The Mac is a better presenting machine in that there are fewer moving parts to demonstrate iOS development. I still use my Windows machine to develop on. Anyway, it all turned out good as about 60 in my session learned about the Xamarin Platform and Xamarin Forms.  For most of the audience, it was their first exposure to Xamarin.

Here are is PowerPoint for the session: http://1drv.ms/1AbKxPp 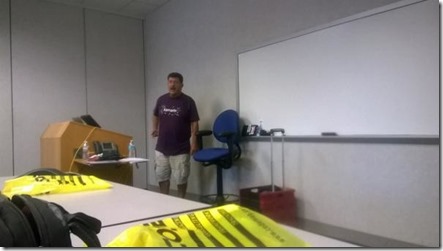 First photo of Russ as a Xamarin Developer Evangelist in Action! (Thanks Scott Dorman!) 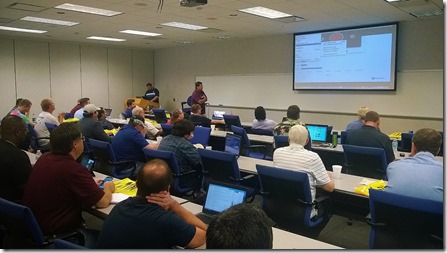 It was a packed house! Greg Leonardo was working on my AV here.   It is funny, I once did that for him a few years back at one of his sessions. Full circle, huh? 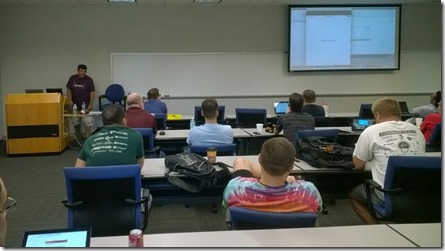 First Demo, Xamarin Forms Hello World in iOS, Android, and Windows Phone. This got a big warm round of applause! 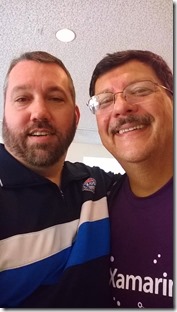 Fox News has a great piece on the code camp: http://www.myfoxtampabay.com/story/26016891/code-camp-brings-developers-together

Hello all! I am happy to announce I am the new Developer Evangelist for Xamarin! I am so excited about this next chapter in my career. I am looking forward to learning and teaching one of the hottest set of software products on this planet, which will help the lives of many fellow geeks! It is a very rewarding position indeed and I am on cloud 9. Everyone I have met at Xamarin is awesome and I look forward getting to know the entire team.

For those that unfamiliar on what Xamarin does… we produce software for programmers which facilitates creating the same mobile app, natively, on multiple platforms such as Windows Phone,  Android and iOS. It is a ‘must have’ tool in the industry with some incredible recent announcements on the new version Xamarin 3.

I will be traveling up to the Boston Xamarin office on occasion and I look forward to seeing all the “Shed Heads” back home. So, New England crew, get those lobsters ready!

And of course, I will be hitting up all the conferences for speaking engagements in and around Florida and all over the country. Drop me an email if you are interested in having me speak at your user group or conference. My new email at Xamarin is russell.fustino@xamarin.com .

I also setup a new twitter @RussFustino with my actual name (about time huh?). Please follow! I will have more details on my Xamarin blog once it gets set up. Stay tuned and follow me on twitter. Thanks! 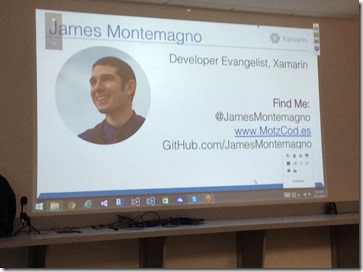 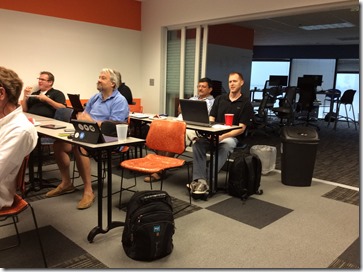 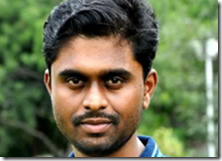 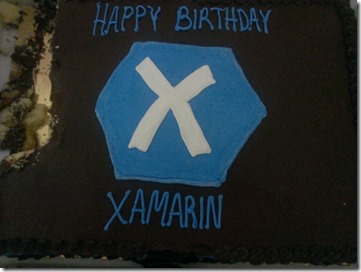 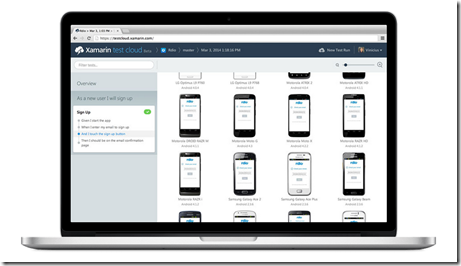 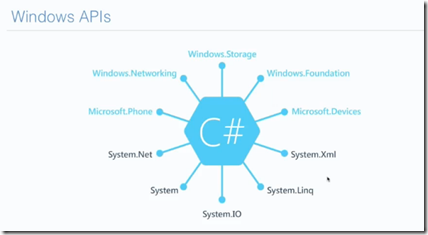 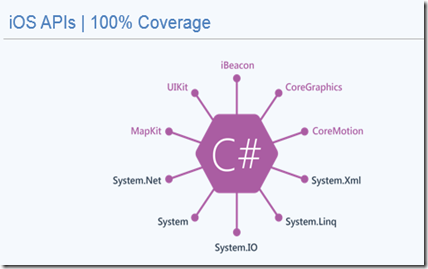 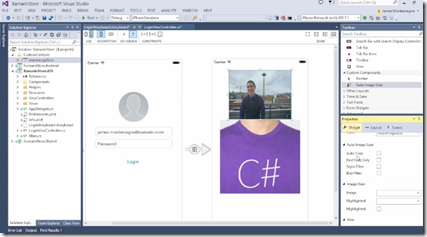 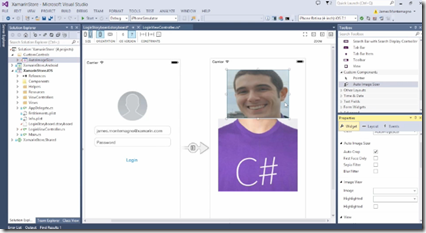 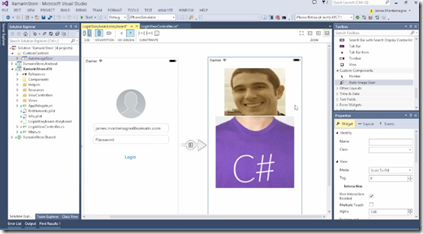 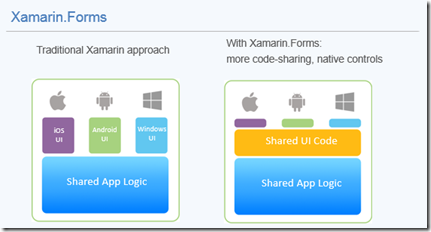 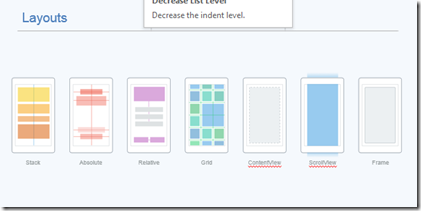 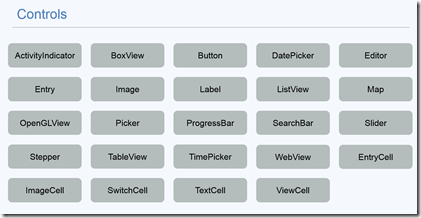